I’ve been back in the UK for 10 days now, and have just about re-acclimatised whilst staying with my parents in East Sussex. I set off on my bike again tomorrow, to pedal my way back to Norwich via a festival in Surrey this weekend; the Yestival, gonna be great.

My last leg back from France on 12 October was a bit of an adventure, pedalling off from Neufchatel-en-Bray at about 01:30 in the morning, after 3 hours sleep, into a very dark and somewhat damp night. Here are my routes and stats; one for the French side of the Channel, and the other for the English side.

I’m very close to passing 10,000 miles pedalled, or 16,000km, for this tour, which is exciting in itself. By my reckoning I’ll pass that milestone when I reach the Yestival tomorrow; they have a bar, in a Landrover, with cocktails, perfect to celebrate. I’ve compiled my route to date into Strava, by uploading all the Garmin files into the application, which took ages, but was worth it to see the tour in totality.

Here’s a link to the tour map in Strava, where you can zoom in more easily:

–> 12 October – to Dieppe, Newhaven and Bexhill-on-Sea (80km)
I’d decided to try to make the early ferry on the 12th, rather than hang around in Dieppe all day and spend the night at the ferry terminal, before catching the boat back to Blighty on the 13th. It seemed like a good plan, even if it did involve getting up very early after not very much sleep; someone insisted on clattering about with their caravan at about midnight which didn’t help matters.

I struggled out of my warm sleeping bag at 01:00, then packed up my very wet tent, soaked in condensation, before riding off in the dark on the Avenue Verte, which runs all the way to Dieppe, avoiding roads altogether. The Avenue Verte was literally yards from Saint Claire campsite; very handy!

It was only 34km to the port, however quite a different experience riding at the dead of night, and with no street lamps lighting the cycle route. Tendrils of fog snaked their way across my path, and all was quiet aside from the occasional car in the distance, or farm animals moving about, and at one point a lot of rather startled ducks quacking, alarmed by my passing. There were also a lot of rabbits out, grazing on the grass either side of the Avenue Verte; I ended up inadvertently chasing several of them down the path for a while, before they scampered off into the fields.

Despite a very bright Luxor front lamp, run off my hub dynamo, I couldn’t see very far in front of me due to the fog; thankfully the path was smooth with no potholes. I rattled over several wooden bridges, and then made it to the outskirts of Dieppe, pedalling around the outside of the town to the ferry port. The roads were very quiet, with traffic only appearing as I approached the terminal; a few lorries, coaches and camper vans.

Waiting for the ferry in Dieppe

After buying my ticket, €35 for the crossing, I only had about an hour to wait before I could board the ferry at 04:30. I passed the time in the waiting room, where a few people were dozing along with their dogs; the hot chocolate from the machine wasn’t very nice but perked me up a bit.

Sunrise over the Channel

A breezy stroll on deck

The ferry was reasonably busy due to about 6 coach loads of French school children on their way to the UK, which made for a noisy crossing. There are only 2 sailings from Dieppe to Newhaven a day, one at 05.30 and the other at 18.30, so not a lot of choice. After a partially successful attempt at a snooze I visited the cafeteria for a full English breakfast, which I’d been looking forward to for months; whilst not brilliant it was definitely welcome! I spent the rest of the crossing snoozing and trying to avoid over excited schoolchildren, before arriving in Newhaven at about 09:30 local time.

I was back in the UK after nearly 5.5 months abroad. A weird feeling but also very exciting; I pedalled off the ferry and through customs with a huge grin on my face, then swiftly swapped sides of the road when I realised I was pedalling on the right instead of the left; this caught me out a few times as I pedalled to my parents house, especially on narrow country roads.

Cows in the English countryside

The Long Man of Wilmington

From Newhaven I followed the National Cycle Route 2 along the coast to the Cuckmere Haven, then turned inland to the Long Man of Wilmington, before looping back round and down to Eastbourne via a bit of a circuitous and illogical but pleasant route (aside from the bit alongside the A27). I paused at my old school, Eastbourne College, randomly chatting to an elderly South African man about rugby and travelling, before continuing along the seafront, then through more countryside to rendezvous with my parents at a pub; what better place to meet up after a few months than at an English pub, with a pint of ale!

Eastbourne College – went there for my GCSEs, but a few years ago..

The old Marsh Road towards Bexhill

The Marshes – used to row on that river

My first pint of Ale in a long time, bloody marvellous

It was great to meet up with my parents again, and at the Red Lion pub I’d been coming to since I was about 4. After a pint of Harvey’s Ale, a very fine local brewery but unfortunately no relation, I cycled back to Mum and Dad’s house, a few miles down the road, and have been eating ever since!

–> 13 to 22 October – Bexhill-on-Sea
The last 10 days has involved quite a lot of snoozing, a fair bit of eating, some more snoozing, and several relatively short cycle rides around the local countryside. My brother, sister-in-law and their children also came down to visit for a couple of days, so great to catch up with the whole family.

I’ve also had Smaug serviced and several parts replaced. Everything was pretty worn out, so the following needed changing:

The chain and cassette haven’t done badly at all – about 7,000 miles since I last changed them!

Curry, another meal that’s been on the list for a while

Battle Abbey in the sunshine

A tunnel of trees, East Sussex

Carlisle Pub, Hastings – used to drink there in my youth 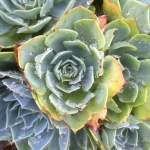 Whilst I’ve spent a lot of time reading and not doing a lot, I haven’t been completely idle; it’s been fun helping out in the garden with some wood chopping and tree pruning, and great to take out my old mountain bike and aim for bumps rather than avoid them. I am however ready to get back on Smaug now, and start the final leg of my journey back to Norwich, via the Yestival.

Really looking forward to seeing everyone in Norwich, as well as going to the Beer Festival which conveniently coincides with my return, not that that was planned or anything. My next blog post will probably be from Norwich, once I’m back, as taking a break from the internet over the next few days for the Yestival and ride home. I’ll be pulling together a summary of the whole trip, and I need to start thinking about writing a book of my travels; don’t expect to make any money from such an enterprise, it’ll just be great to have a written book. Needless to say I’m already thinking about future tours and expeditions; settling back into routine ‘normal’ life is going to be tricky this time around.

Thanks for reading, and as always thanks for any donations to the Big C; got an email from them today saying how much they appreciate it. There’s still time to sponsor me via this link: www.virginmoneygiving.com/james